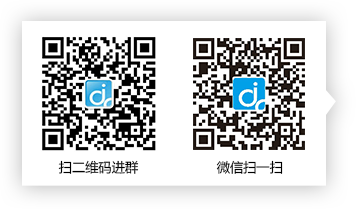 CAMBRIDGE, Mass., Feb.15, 2022– Akamai Technologies,Inc. (NASDAQ:AKAM), the world's mosttrusted solution to power and protect digital experiences, todayannounced it has entered into a definitive agreement to acquire Linode, one ofthe easiest-to-use and most trusted infrastructure-as-a-service (IaaS) platformproviders.

Modern digital experiences, including virtualenvironments like the metaverse, are created through the convergence of media,entertainment, technology, ecommerce, financial services, and online games.Akamai has been a key partner to the world’s leaders in these industries fordecades by powering and protecting applications in today’s multi-cloud,multi-platform world. Together with Linode, which has made it simple,affordable and accessible for developers to consume cloud computing, Akamaiwill become the world’s most distributed compute platform, from cloud to edge.

“The opportunity to combine Linode’sdeveloper-friendly cloud computing capabilities with Akamai’s market-leadingedge platform and security services is transformational for Akamai,” said Dr.Tom Leighton, chief executive officer and co-founder, Akamai Technologies.“Akamai has been a pioneer in the edge computing business for over 20 years,and today we are excited to begin a new chapter in our evolution by creating aunique cloud platform to build, run and secure applications from the cloud tothe edge. This a big win for developers who will now be able to build the nextgeneration of applications on a platform that delivers unprecedented scale,reach, performance, reliability and security.”

Christopher Aker, founder and chief executiveofficer, Linode, added, “We started Linode 19 years ago to make the power ofthe cloud easier and more accessible. Along the way, we built a cloud computingplatform trusted by developers and businesses around the world. Today, thosecustomers face new challenges as cloud services become all-encompassing,including compute, storage, security and delivery from core to edge. Solvingthose challenges requires tremendous integration and scale which Akamai andLinode plan to bring together under one roof. This marks an exciting newchapter for Linode and a major step forward for our current and futurecustomers.”

Under terms of theagreement, Akamai has agreed to acquire all of the outstanding equity of LinodeLimited Liability Company for approximately $900 million, after customary purchaseprice adjustments. As a result of structuring the transaction as an assetpurchase, Akamai expects to achieve cash income tax savings over the next 15years that have an estimated net present value of approximately $120 million. The transaction is expected toclose in the first quarter of 2022 and is subject to customary closingconditions.

Forfiscal year 2022, the acquisition of Linode is anticipatedto add approximately $100million in revenue and be slightly accretive to non-GAAP EPS by approximately$0.05 to $0.06. Akamai will provide additional details on Linode, along with Q4and year end 2021 financial results and full year guidance on its earnings calltoday, February 15, 2022, at 4:30 p.m. ET.

Akamai will discuss the acquisition of Linodeduring its Q4 and year end 2021 financial results conference call today,February 15, 2022, at 4:30 p.m. Eastern time. The call may includeforward-looking financial guidance from management. The call can be accessedthrough (844) 578-9671 (or (508) 637-5655 for international calls) usingconference ID number 7579719. A live webcast of the call and the accompanying slides may be accessed inthe Investor Relations section of www.akamai.com. In addition, areplay of the call will be available for two weeks following the conferencethrough the Akamai website or by calling (855) 859-2056 (or (404) 537-3406 forinternational calls) and using conference ID number 7579719.

Managementbelieves that this non-GAAP financial measure reflects Akamai's ongoingbusiness in a manner that allows for meaningful comparisons and analysis oftrends in the business, as it facilitates comparing financial results acrossaccounting periods and to those of our peer companies. Management also believesthat this non-GAAP financial measure enables investors to evaluate Akamai'soperating results and future prospects in the same manner as management. Thenon-GAAP net income per diluted share metric excludes expenses and gains thatmay be unusual in nature, infrequent or not reflective of Akamai's ongoingoperating results.

Akamaiprovides forward-looking statements in the form of guidance and otherexpressions of expectations about future performance. These forward-lookingstatements are provided on a non-GAAP basis and cannot be reconciled to theclosest GAAP measure without unreasonable effort because of theunpredictability of the amounts and timing of events affecting the items weexclude from non-GAAP measures. For example, stock-based compensation isunpredictable for Akamai’s performance-based awards, which can fluctuatesignificantly based on current expectations of future achievement ofperformance-based targets. Amortization of intangible assets,acquisition-related costs and restructuring costs are all impacted by thetiming and size of potential future actions, which are difficult to predict. Inaddition, from time to time, Akamai excludes certain items that occurinfrequently, which are also inherently difficult to predict and estimate. Itis also difficult to predict the tax effect of the items we exclude and toestimate certain discrete tax items, like the resolution of tax audits orchanges to tax laws. As such, the costs that are being excluded from non-GAAPprojections are difficult to predict and a reconciliation or a range of resultscould lead to disclosure that would be imprecise or potentially misleading.Material changes to any one of the exclusions could have a significant effecton our guidance and future GAAP results.

Akamai’sdefinition of the non-GAAP measure used in this press release is outlinedbelow:

Non-GAAP net incomeper diluted share – Non-GAAP net income divided by weighted average dilutedcommon shares outstanding. Diluted weighted average shares outstanding areadjusted in non-GAAP per share calculations for the shares that would bedelivered to Akamai pursuant to the note hedge transactions entered into inconnection with the issuances of $1,150 million of convertible senior notes due2027 and 2025, respectively. Under GAAP, shares delivered under hedgetransactions are not considered offsetting shares in the fully-diluted sharecalculation until they are delivered. However, the company would receive abenefit from the note hedge transactions and would not allow the dilution tooccur, so management believes that adjusting for this benefit provides ameaningful view of operating performance. With respect to the convertiblesenior notes due in each of 2027 and 2025, unless Akamai's weighted averagestock price is greater than $116.18 and $95.10, respectively, the initialconversion price, there will be no difference between GAAP and non-GAAP dilutedweighted average common shares outstanding.

Thenon-GAAP adjustments, and Akamai's basis for excluding them from non-GAAPfinancial measures, are outlined below:

• Restructuringcharges – Akamai has incurred restructuring charges from programs that havesignificantly changed either the scope of the business undertaken by theCompany or the manner in which that business is conducted. These chargesinclude severance and related expenses for workforce reductions, impairments oflong-lived assets that will no longer be used in operations (includingright-of-use assets, other facility-related property and equipment andinternal-use software) and termination fees for any contracts canceled as partof these programs. Akamai excludes these items from its non-GAAP financialmeasures when evaluating its continuing business performance as such items varysignificantly based on the magnitude of the restructuring action and do notreflect expected future operating expenses. In addition, these charges do notnecessarily provide meaningful insight into the fundamentals of current or pastoperations of its business.

• Amortization ofdebt discount and issuance costs and amortization of capitalized interestexpense – In August 2019, Akamai issued $1,150 million of convertible seniornotes due 2027 with a coupon interest rate of 0.375%. In May 2018, Akamaiissued $1,150 million of convertible senior notes due 2025 with a couponinterest rate of 0.125%. The imputed interest rates of these convertible seniornotes were 3.10% and 4.26%, respectively. This is a result of the debtdiscounts recorded for the conversion features that are required to beseparately accounted for as equity under GAAP, thereby reducing the carryingvalue of the convertible debt instruments. The debt discounts are amortized asinterest expense together with the issuance costs of the debt. The interestexpense excluded from Akamai's non-GAAP results is comprised of these non-cashcomponents and is excluded from management's assessment of the company'soperating performance because management believes the non-cash expense is notrepresentative of ongoing operating performance.

• Gains and losseson investments – Akamai has recorded gains and losses from the disposition,changes to fair value and impairment of certain investments. Akamai believesexcluding these amounts from its non-GAAP financial measures is useful toinvestors as the types of events giving rise to these gains and losses are notrepresentative of Akamai's core business operations and ongoing operatingperformance

• Legal settlements– Akamai has incurred losses related to the settlement of legal matters. Akamaibelieves excluding these amounts from its non-GAAP financial measures is usefulto investors as the types of events giving rise to them are not representativeof Akamai's core business operations.

• Endowment ofAkamai Foundation – Akamai has incurred expenses to endow the AkamaiFoundation, a private corporate foundation dedicated to encouraging the next generationof technology innovators by supporting math and science education. Akamai'sfirst endowment was in 2018 to enable a permanent endowment for the AkamaiFoundation to allow it to expand its reach. In the fourth quarter of 2020Akamai supplemented the endowment to enable specific initiatives to increasediversity in the technology industry. Akamai believes excluding these amountsfrom non-GAAP financial measures is useful to investors as these infrequent andnearly one-time expenses are not representative of its core businessoperations.

This release and/or our earnings conference callscheduled for later today contain information about future expectations, plansand prospects of Akamai's management that constitute forward-looking statementsfor purposes of the safe harbor provisions under The Private SecuritiesLitigation Reform Act of 1995, including statements about expected futurefinancial performance and the benefits of the planned acquisition of Linode.Actual results may differ materially from those indicated by these forward-lookingstatements as a result of various important factors including, but not limitedto, the inability to continue to generate cash at the same level as prioryears; the ability to complete the Linode transaction in a timely manner or atall; uncertainties as to whether the anticipated benefits from the Linodetransaction will be realized; uncertainties as to whether Linode’s businesswill be successfully integrated with Akamai’s business, including whetherLinode’s technology will interoperate as expected with existing Akamaitechnology; the effect of the announcement of the proposed transaction onLinode’s ability to maintain relationships with its key customers, vendors andemployees; the failure of our investments in innovation to generate solutionsthat are accepted in the market; the inability to increase our revenue at thesame rate as in the past and keep our expenses from increasing at a greaterrate than our revenues; the impact of the ongoing COVID-19 pandemic; defects ordisruptions in our products or IT systems; the failure of the integration ofany of our acquisitions; the delay in developing or failure to develop newservice offerings or functionalities, and if developed, the lack of marketacceptance of such service offerings and functionalities or failure of suchsolutions to operate as expected, and other factors that are discussed in theCompany's Annual Report on Form 10-K, quarterly reports on Form 10-Q, and otherdocuments periodically filed with the SEC. 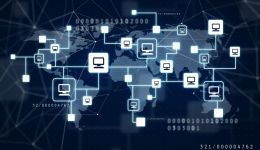 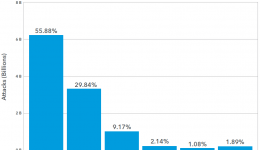 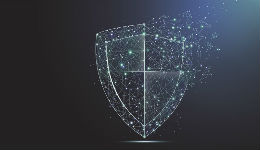 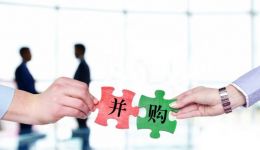 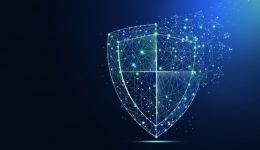 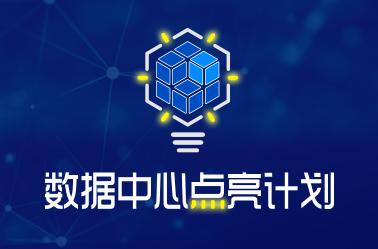 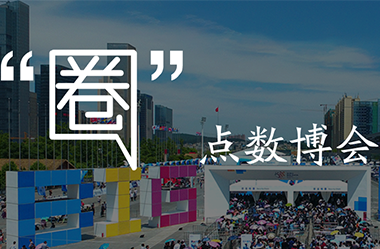 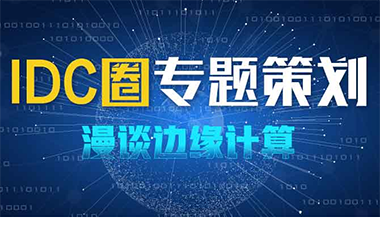 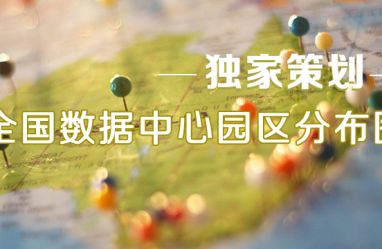